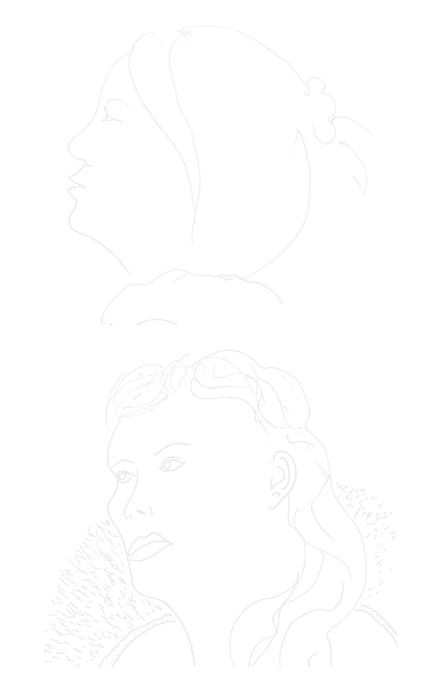 My first impression was one of utter chaos. The city of Paris had invited all the organizations concerned by terror attacks (police, fire department, city authorities, red cross, etc) to formulate their wish list from this hackathon, so they was lots of duplication – I think I heard Cartographie about a dozen times as each in turn presented their target projects. The idea was to find ways of fighting back against terrorism on the digital front. Named Hackathon Nec Mergitur (based on Paris’s motto, Fluctuat nec mergitur, which means Tossed but not sunk),  It was attended by 400 participants.

I tried to find an organizer to advise me on where to go to contribute on design – user experience – interaction diagrams. After getting tossed around a bit someone pointed to a table with a group of people. They looked like a nice bunch, and there I stayed.

The challenge for this group was to find ways of avoiding people dying because of the emergency phone numbers being saturated by thousands of calls – some of them less urgent than others. This occurs particularly in times of crisis, such as terror attacks. 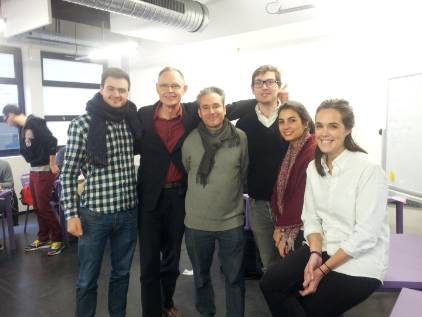 My first reaction was to suggest a mobile application – and that’s what a number of the other groups ended up doing to solve all sorts of problems. The rush to Mobile apps today seems a bit like the gold rushes in the 19th century: thousands flow in, a few get fabulously rich, and the great majority end up getting their toes frost bitten  eating a lot of rather unappetizing pizzas and geek food.

The mobile app idea was poo-pooed by another member – for a start, only a small minority will download the app, not everyone has a working data connection, and the data network will probably be saturated anyway. In his opinion using SMS, like “If you injured, type 1, if you are a hostage type 2…”, that was the right way, . Solid, reliable, and discreet.

Maxime talked about his company’s product (called Batphone). It does an enriched speech-to-text which not only does the expected, but gives added data about the person’s level of stress, age and gender, and background noise – think explosions, traffic etc. In the mean time, we got input from a bloke from the Fire department, who seemed to want to know everything about the call before picking up the phone. And of course you can’t decide to automatically sideline or set back calls before answering (seemed quite contradictory at the time).

All this fit together into the following interaction flow:

The advantages of this solution: 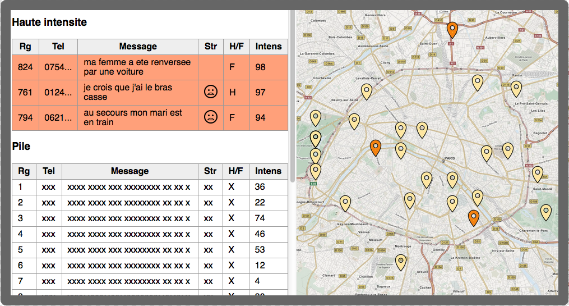 A mockup of the LemonTri dashboard

Other ideas that didn’t get into the prez:

When it came to deciding who would do the pitch, Victoire closed the debate by declaring “Heard of Steve Jobs? I’m the same with long hair”. And her prez was indeed very punchy, which largely contributed towards getting into the finals. On the subject of pitching, as I wanted to put more content into the presentation and was told there wasn’t enough time to include it, I said something like “well surely they say 3 minutes but they don’t hoist you offstage if it lasts 15 seconds more? I remember Julie looking very seriously at me and saying that yes they did just that! You’re out of time, baby, finished or not. That’s when I came to realize that “le pitch” for business school students is a subject as important as maths and physics for science students; not just a sum-up of the actual work of doing stuff, as I thought of it before.

Without LemonTri: callers join a queue and wait to be connected

With LemonTri: urgent messages are detected and placed in a separated list. All calls get data-enriched, the most urgent ones are separated out from the rest, but the last decision on who to call first goes to the Emergency operator.

Hackathons are quite exhausting, but they completely take your mind off everything else. They are like a bubble in time. You meet people, a team emerges, hacks away. A feeling of community forms. Then everyone goes back to their real lives. Only the hackathon felt just as real, if not more so…